The Short answer is yes. But it is not a simple matter of bitcoin mining being legal as long as you follow your countries rules and regulations ie. “legal requirements” as it may be legal to do so, but illegal if not done with proper licencing, and following safety, and power consumption restrictions, and guidelines (for example)in your specific country. Bitcoin Mining has not been declared illegal to mine for the most part and legal in most countries to do so.

Check Laws in your Country

Since rules, regulations, and laws change frequently, its best you consult with the proper tax and legal institutions in your country of origin. Follow the news and keep current with changes in legislation as they occur and you will then always be legal and will not have to constantly be asking yourself is bitcoin mining legal?

It has been threatened to be shut down for use as a currency in some countries however. China and India have lead the way recently with bans on bitcoin use with mining in China coming  under fire as well, with all kinds of mining equipment hitting the markets this year as people in China had to give up on it.

Shut Downs Affect Price and Mining as a Result

The currency itself has also seen its exchanges shut down like the bitcoin exchange in India. Anytime shutting down of trading or limiting the use of something such as using bitcoin in this case as a digital currency, will also have spin off affects on the mining part of it as well.

How much remains to be seen however, because if a country limits bitcoin use but not the mining of the actual currency, and it is still lucrative to mine it, then use it to cash in from another country’s exchange in a different part of the world. Maybe fly somewhere and spend your bitcoins where its friendly and easy to do so.

People will do what they feel can make them the most money in the easiest possible way. If you live in a country where its cheap to mine bitcoin and cryptocurrency, but the use of the currency is not allowed, I would mine the coins and then go vacation and use them or cash them in somewhere else.

Its also has been threatened to be taxed in Russia for Bitcoin Mining. Its not so much it being legal or illegal, its about governments threatening to regulate, and tax, and limit production because of electricity consumption, fears of non regulation and people getting duped for their bitcoins.

Of course planning your mining operation means setting up in bitcoin mining friendly countries with inexpensive mining costs. Eventually all miners will gravitate to certain bitcoin mining friendly zones, or countries, like offshore gambling sites did by moving to places like the Isle of Man, and Panama, or how Switzerland became the hub for offshore banking and holding of financial assets, etc. People will mine and gravitate to where its most friendly to do so.

Helpful and interesting resources at other websites:

Practical Must Read Resources Here at BitBetBuddy If you own crypto or plan to, then please read these articles.

How to Choose a Safe Wallet to Store Your Coins 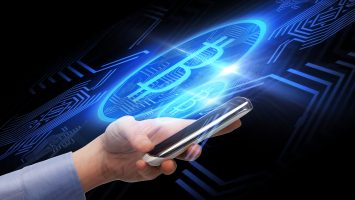